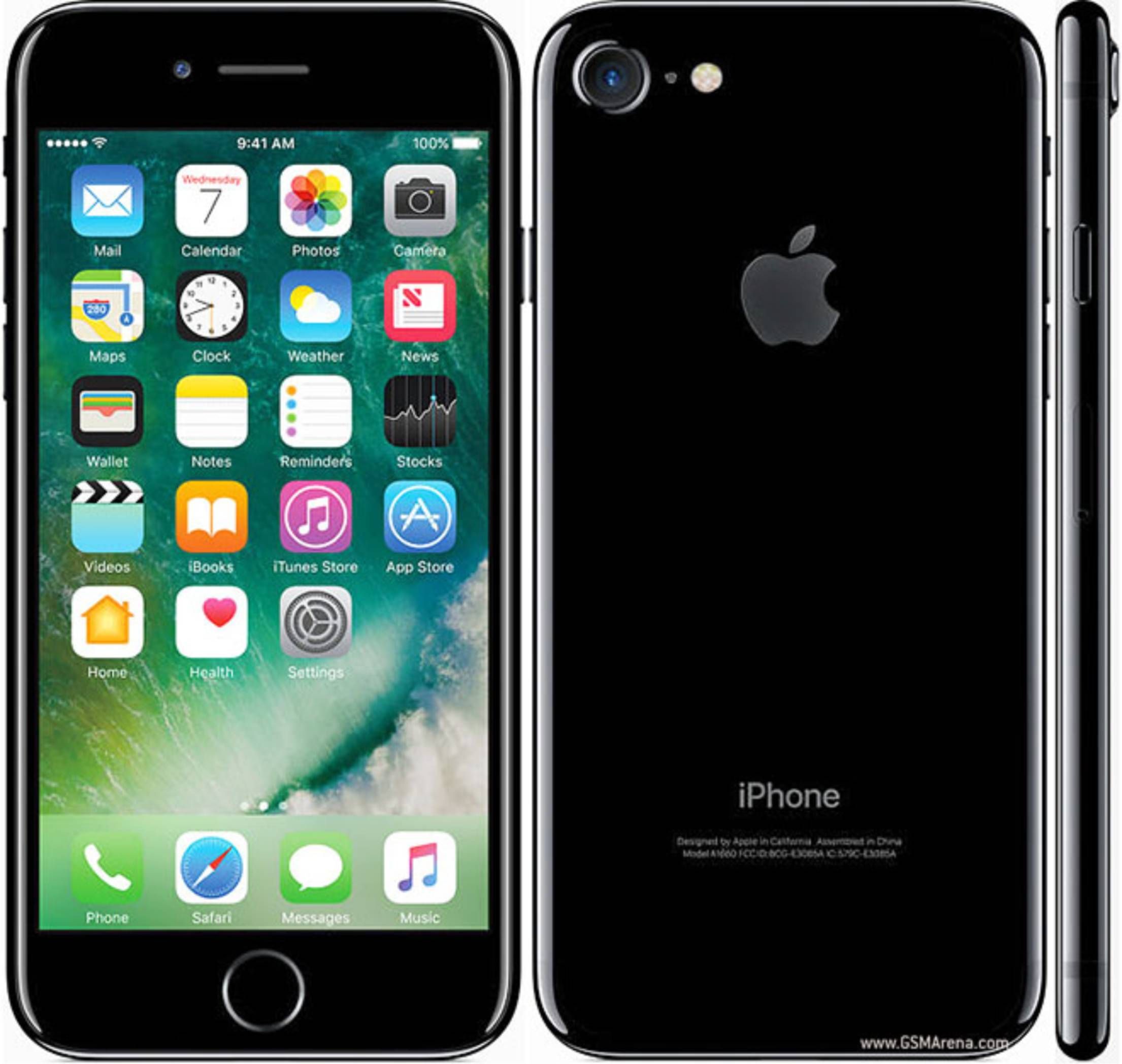 The Apple iPhone 7 is definitely a beauty worth beholding. But this time the beauty comes with a larger brain. Powered by the most powerful processor so far and the latest iOS, the smartphone indeed solves your tasks in a jiffy. The amazing camera, larger battery backup, wide arrayed connectivity options and a bag full of patented features, makes this flagship a good buy.

Let the brand speak for itself
Display and Configuration
The Apple iPhone 7 boasts of a 4.7-inch IPS LCD (750 x 1,334 pixels) multi-touch display with 3D Touch Touchscreen. The display has a pixel density of 326ppi and offers superior brightness and a wide range of colour gamut along with great viewing angles. The Home button on iPhone 7 is an advanced solid-state button that is in collaboration with the Taptic Engine and is also customizable. It is very responsive and pressure sensitive. The device is also splash and water resistant.
The new gizmo from Apple sails on the latest iOS v10. Under the hood, the flagship device is powered by a quad-core (2.34 GHz Hurricane Dual-core and 1.1 GHz Zephyr Dual-core) processor seated on an A10 chipset specially built for this phone. The A10 is actually a Fusion chip that comprises of two high-performance cores and two high-efficiency cores. So you need not worry about getting the right performance at the right time. To ensure seamless multitasking the smartphone has 2GB of RAM.
Camera and Storage
The Apple iPhone 7 is armed with a 12MP rear camera which is so far the most powerful camera Apple has produced. It has optical image stabilization, an f/1.8 aperture, and a six-element lens and has four smart LED flash that delivers 50 percent brighter photos as compared to the iPhone 6s.  It also senses the environment and adjusts itself to produce better lit and sharper photos. Shooting videos is also a delight with this beauty as it can capture high-resolution 4K videos to keep your memories from fading. With the new aperture settings and OIS, videos shot in darker settings with iPhone 7 are also much more enhanced than those taken by its older siblings.

The 7MP FaceTime HD camera is as amazing as it can be. It uses wide color capture to take sharper and more vibrant selfies. The Retina Flash matches the ambient light for a shot to produce natural-looking skin tones.
On the storage front, Apple has abandoned its signature 16GB storage variant and starts the line with 32GB of storage, which is further followed by 128GB and 256GB. Memory expansion, however, remains non-existent.
Audio and Air-pods
The iPhone 7 comes with two stereo speakers that provide increased dynamic range and two times the audio output of the one 6s.
The smartphone has replaced its normal 3.5mm headphone jack with a Lightning connector and come up with the all-new Apple AirPods. Setting up the AirPods for your device is fairly simple as it only involves a simple one-tap setup, after which the AirPods would be automatically on and always connected. They can sense when they are in your ears and pause when you take them out. Activating Siri with these pods is also a breezy experience, as all you need to do is double-tap the AirPod and Siri will be at your command. This does not mean that you cannot use your normal earphones. The 3.5mm headphone jack adapter is also included.
Battery and Connectivity
The smartphone is juiced with a large 1,960mAh, Li-polymer non-removable battery. Multi-faceted connectivity options have also been spotted in the gizmo and includes - 4G, 3G, GPRS, EDGE, Wi-Fi 802.11, a/ac/b/g/n, Mobile Hotspot, Bluetooth, GPS with with A-GPS, Glonass, Computer sync, NFC, OTA sync, Tethering, TV-Out, UMA and Lightning port.
The iPhone 7 32GB supports also supports Voice over LTE that makes your conversations sound as crisp and clear as if you were face to face.